Thousands of VRCs are elevating materials and goods to new heights

What originally started as a hoist manufacturer organically evolved into an innovative, self-contained materials lift manufacturer serving clients in the United States, Canada, and the Caribbean.

The idea to evolve the company into a vertical lift manufacturer came about when Henry was working in the United Kingdom. Construction companies relied heavily on hoists to lift and move heavy construction equipment. He learned that was not the case in the United States. Seeing an opportunity, Henry designed and fabricated a prototype hoist that was safe, efficient, and cost effective.

Henry set off in his pickup truck traveling to construction sites where he successfully sold the hoists.  At the same time, Darlene mapped out routes and managed the business.  Within a year, Henry and Darlene took the leap, renting a 5,000 square foot building that became their headquarters and manufacturing and fabrication facility.

Two years later, a hotel convention center approached them about a need for carts to move tables and chairs.  This was a unique request that was outside of the company’s core business, but Henry, being the savvy entrepreneur, used his fabrication experience to produce the carts. They were a smash and instantly, CIP’s Specialty Carts Division was born.

The two products were the company’s staple products for seven years. While Henry was at a trade show, a dry cleaner approached Henry expressing the need for moving laundry from floor to floor.  Over dinner, Henry drew a product design on a cocktail napkin. Hence, the first Custom Industrial Products’ vertical reciprocating conveyor became a reality.

Realizing that he was on to something unique, Henry returned to the road promoting and selling the VRC lift.  The demand for them took off.  As a result, Henry and Darlene sold the hoist and carts divisions and focused solely on being an innovative and reliable vertical lift manufacturer that beat the competition. Today, thousands of VRCs are elevating materials and goods to new heights.

Since early 2021, CIP continued in the expansion of their product lines by introducing the industry’s first truly Modular Mezzanine System. They also ramped up several of their other product lines, including industrial material baskets, various lines of safety products, and more, all of which support their transition from a Vertical Reciprocating Conveyor (VRC) Manufacturer to that of a true Material Handling Company.

When asked why CIP has been so successful, Henry cites three factors: “providing the right solutions, hard work, and a bit of luck.”  Today, the vertical lift manufacturer is headquartered in a 126,000 square foot manufacturing facility in Melbourne, FL. with 65 employees.

CIP’s Vertical Lift Facility is Second to None

What many of our competitors outsource, we handle under our own roof, ensuring that each product we design lives up to our high standards.

Why CIP? Because We’re Simply Better!

CIP has helped clients elevate their materials and goods across all different industries creating the most reliable and innovative VRCs in the business. With over 25 years of experience, CIP has built vertical lifts for aeronautics, restaurants and breweries to refineries, retail, and everything in-between. There are literally thousands of our VRC lifts in existence today! 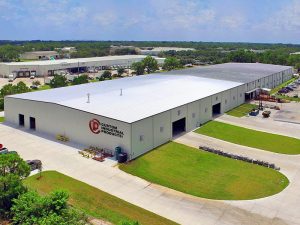 Benefits of doing business with CIP include:

BEST MOTOR IN THE INDUSTRY

Sumitomo motors run continuously and have a 20-year lifespan.

BEST WARRANTY IN THE INDUSTRY

Up to 60-month coverage as compared to competitors up to 24 months.

CIP can provide a complete range of engineering, fabrication services, and even turn-key solutions.

Our products can be configured to interface with other automated systems.

CIP IS PROUD TO BE AMERICAN TOUGH

Our lifts are manufactured with pride in the USA. 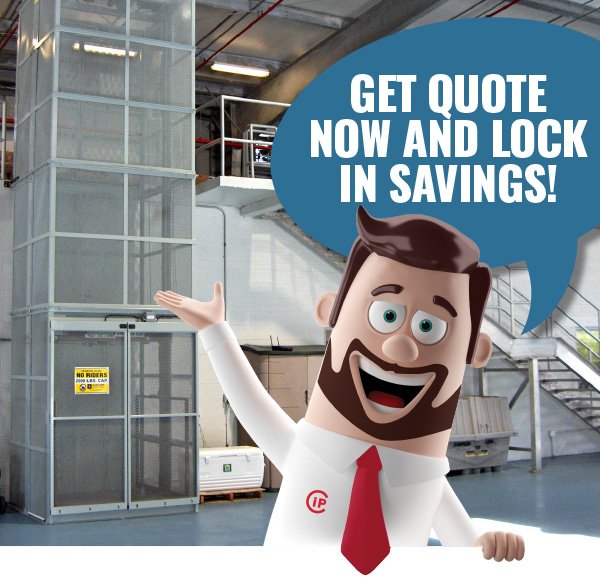